The State Actuary’s report cites a report by the National Association of State Retirement Administrators (NASRA) that compiled data on assumed rates of return for the 126 large public pension funds included in NASRA’s Public Fund Survey. A chart from that report that was reproduced by the State Actuary demonstrates that many public pension plans have reduced their return assumptions in recent years. According to the survey, more than half of the plans have reduced their investment return assumption since fiscal year 2008 and the median return assumption is now 7.75%.

In the following chart, the assumed rates of return on investment for TRS, SERS and SURS are tracked against the 123 others to show how they have compared over the last 10 years.[1] For the first five years of the survey, the three funds’ assumption of an 8.5% return was high compared to the median assumption of 8.0%. However, as changes were made in 2010, 2012 and 2014, the funds’ assumptions were eventually reduced below the all-funds median of 7.75%. 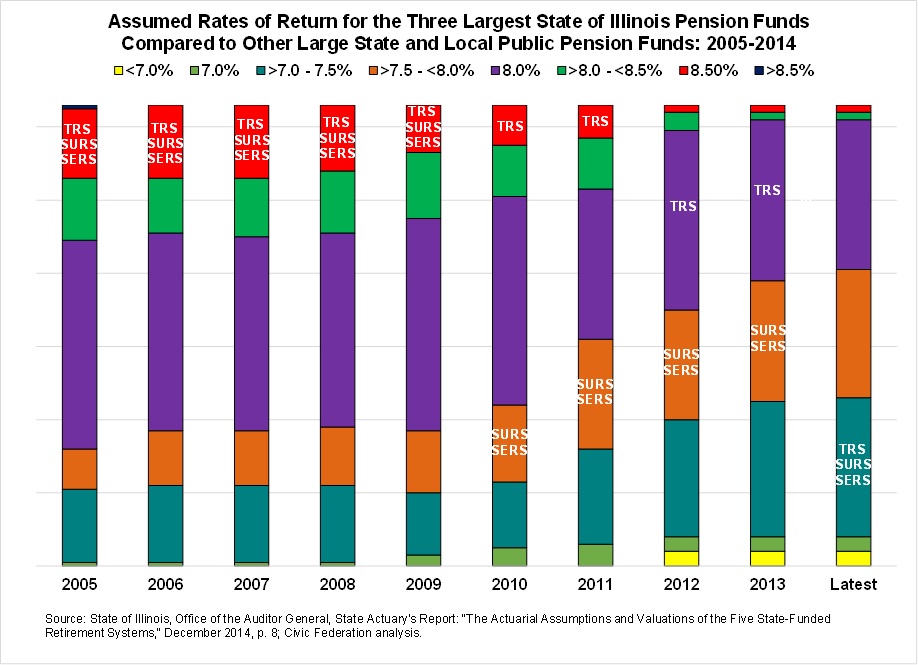 The following is the same chart as it originally appeared in the State Actuary’s report, covering the period 2001-2013. 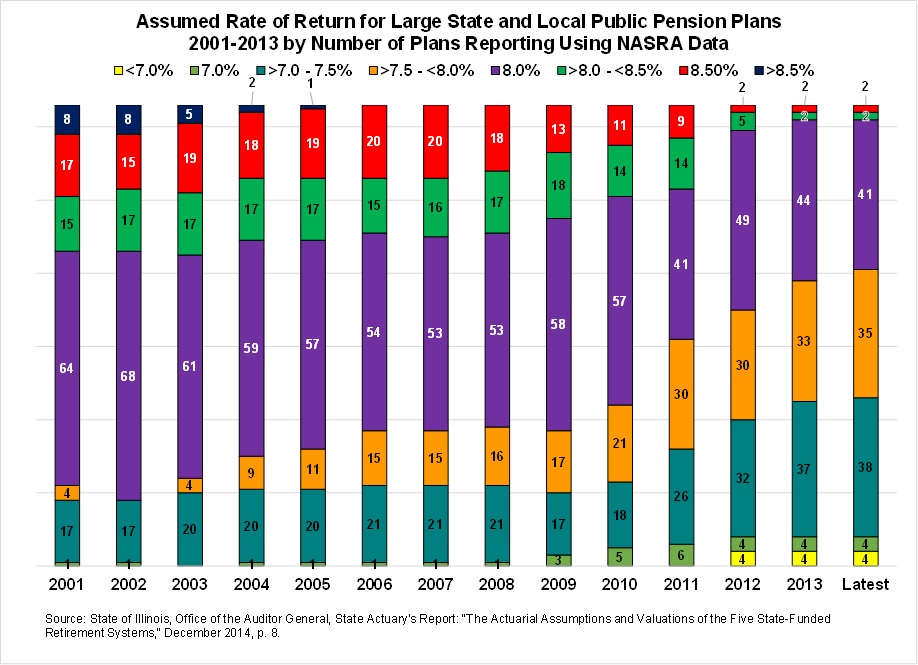 The assumed rate of return, also called the discount rate, is an important assumption because it is used to calculate the present value of future pension obligations. Reducing the rate increases the present value of future commitments to employees and retirees and results in higher statutorily required State pension contributions. If investment returns are assumed to be lower, then the State must increase its contributions to provide a given amount of retirement benefits. As discussed previously on this blog, the 2014 reduction to the investment rate of return assumptions has had the effect of increasing the State of Illinois’ contribution to the funds by $682 million for fiscal year 2016.

[1] TRS, SERS and SURS are included in the NASRA Public Fund Survey.