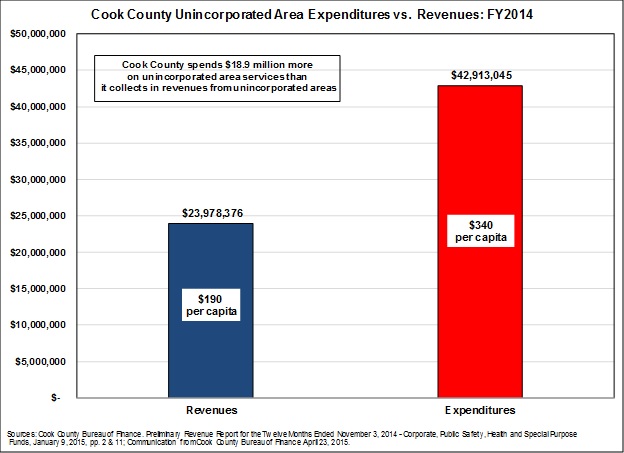 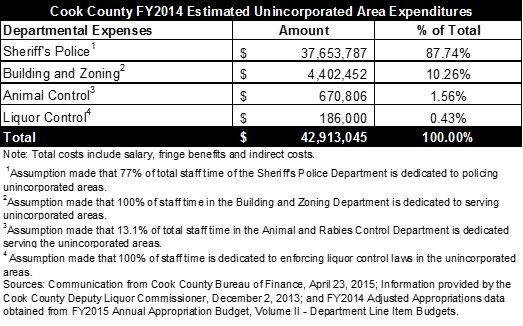 The Wheel Tax. The wheel tax is an annual license fee authorizing the use of any motor vehicle within the unincorporated area of Cook County. The annual rate varies depending on the type of vehicle as well as a vehicle’s class, weight, and number of axles. Receipts from this tax are deposited in the Public Safety Fund. In FY2014 the tax generated an estimated $3.8 million.[3]

Cable Television Franchise Fees: Cable television providers pay a fee to the County for the right and franchise to construct and operate cable television systems in unincorporated Cook County. In FY2014 the fee generated nearly $1.3 million in revenue.

Liquor License Fees: Businesses located in unincorporated Cook County pay a fee in order to obtain a license that allows for the sale of alcoholic liquor. The fee is paid annually upon renewal of the application. The minimum required license fee is $3,000 plus additional background check fees and other related liquor license application fees. In FY2014 these fees generated $365,904.[5]

Cook County Home Rule Retail Occupation Tax. Cook County imposes a sales tax on the sale of tangible personal property at retail countywide at the rate of 0.75%. The sales tax generated approximately $333.5 million in revenue in FY2014. If the unincorporated areas of Cook County are annexed by a municipality, the County would continue to collect this revenue source for countywide operations.

[4] A complete list of Cook County Department of Zoning and Building fees can be found at http://www.cookcountyil.gov/wp-content/uploads/2014/06/14-5599-Building-Fee-Schedule.pdf