The total unfunded liabilities for the State and local public employee pensions that Chicago residents fund reached $19,579 per capita for fiscal year 2012. That is up from $6,175 per capita in FY2003.

The next table shows that by FY2012, the UAAL per capita for the four City of Chicago pension funds had grown to $7,281. This is nearly four times the amount of UAAL per capita for these same four pension funds in FY2003. The total for all ten local pension funds was $12,233 per resident of Chicago, and the grand total including statewide funds was $19,579. Among the local funds, the Municipal Fund had the highest unfunded liability per capita at $3,155, although the Fire, Police, Cook County and Chicago Teachers’ Funds also exceeded $1,000 per capita. The downstate Teachers’ Retirement System had the highest unfunded liability per capita at $4,045 in FY2012. 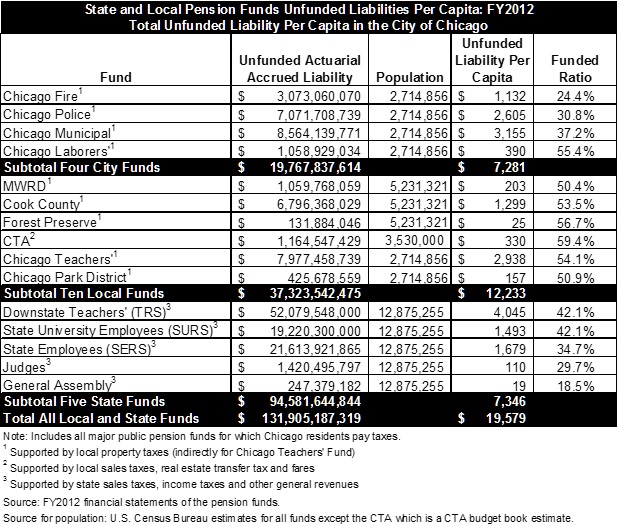 The total unfunded liabilities of all the five State funds and ten Chicago-area funds reached $131.9 billion in fiscal year 2012.[1] Unfunded liability is the amount owed for both current and future pensions that is not covered by assets (see the Civic Federation’s Status of Local Pensions report for a more technical definition). 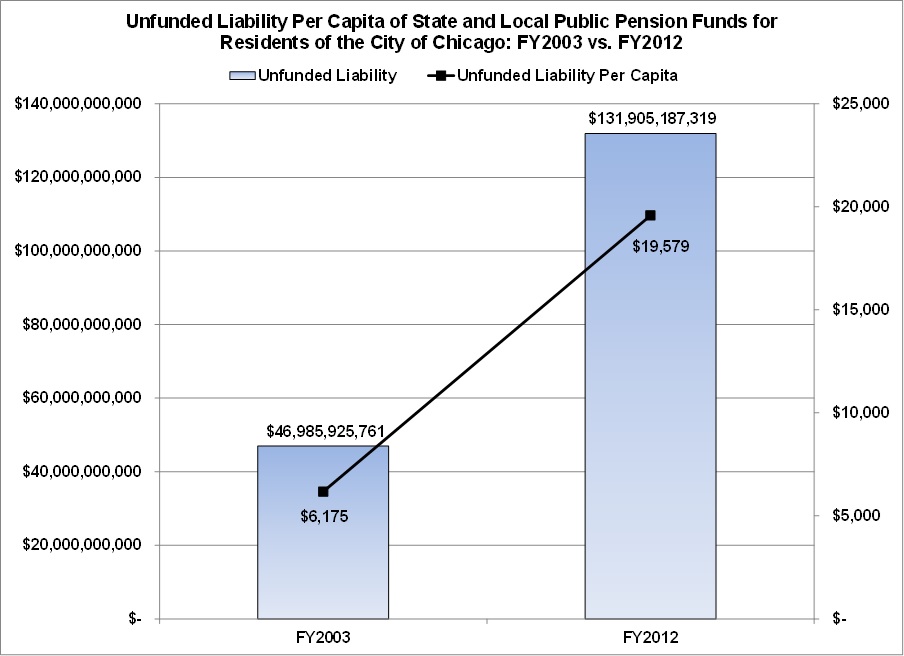