Pension Funding Basics: Unfunded Liabilities as a Percentage of Payroll

One of the functions of this indicator is to measure a fund’s ability to bring assets in line with liabilities. Healthy funds are ones that are able to reduce their unfunded liabilities over time while substantial and sustained increases in liabilities are a cause for concern. Another indicator of funding progress is a fund’s UAAL expressed as a percentage of covered payroll. This measurement demonstrates the relative size of the unfunded liability by expressing it in terms of current personnel expenditures.

An indication of a reasonable funding strategy is a gradual decrease in unfunded liabilities as a percentage of covered payroll over time. If the opposite is true and unfunded liabilities continue to increase as a percentage of covered payroll, as shown for ten local government pension funds in the Chicago area in the chart below, then a new funding strategy and a reduction in the level of benefits granted by the fund may need to be implemented. Such changes have been included in pension reform legislation passed for the Chicago Municipal and Laborers’ Funds and the Chicago Park District Fund and the funding changes passed for the MWRD. Cook County and the Forest Preserve District of Cook County proposed their own set of pension benefit and funding reforms, supported by the Civic Federation, but the legislation did not pass both houses of the General Assembly before the end of the spring session. 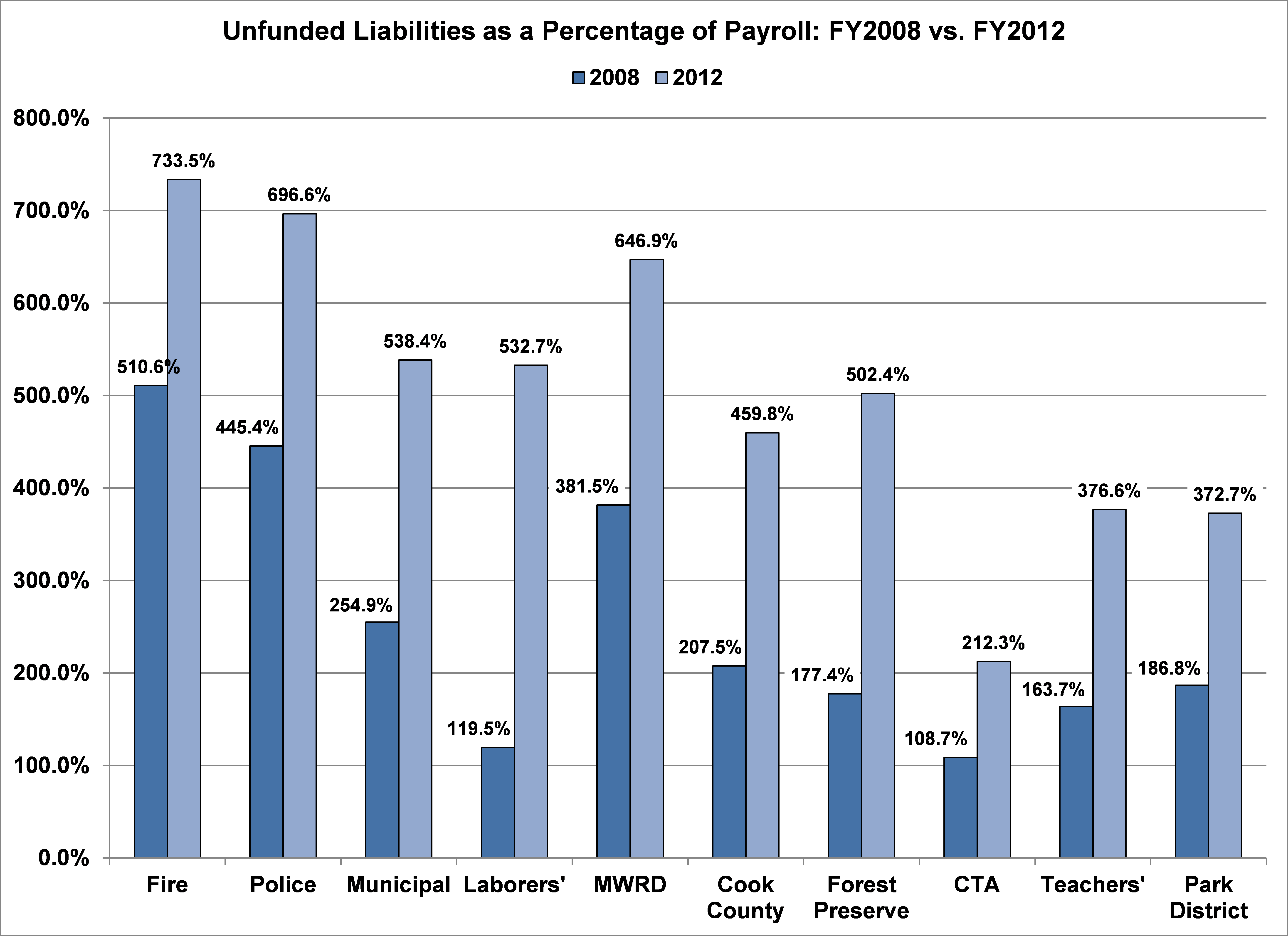 The public pension reform packages passed by the Illinois General Assembly were designed to reduce local government funds’ unfunded liabilities over time. Additionally, for the Municipal and Laborers’ Funds, the legislation requires that each fund achieve 90% of the funding it needs to cover promised benefits by the end of 2055. The Park District legislation has been projected to result in 90% funding by 2049.