An Examination of the Finances of Illinois Community Colleges 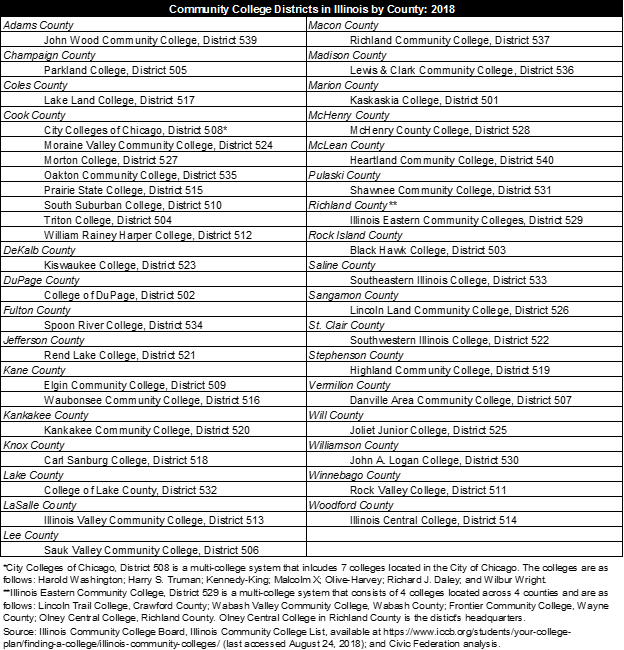 The Illinois Community College Board reports that the combined operating revenues of all 39 public community colleges in the State totaled $1.78 billion in FY2016, the most recent year for which data are available. These figures are based on the FY2016 annual financial audits of each of the community college districts and only include revenues in the colleges’ Education Funds and Operations & Maintenance Funds, which are typically the general operating funds that can be used for any purpose. These figures exclude any revenues generated for enterprise funds, debt funds or capital projects funds.

The pie chart below shows the combined operating revenue by type for all 39 public community colleges. Of the $1.7 billion in combined revenue, 43.5% was generated through student tuition and fees; of that amount, student tuition accounted for 39.8% of revenue and student fees accounted for 3.7%. Local taxes and chargebacks accounted for 45.7% of revenue across all community colleges. The remainder of revenue was generated through grants from the Illinois Community College Board, other State sources, federal sources, personal property replacement tax (corporate income tax collected by the State and distributed to local governments) and other sources. 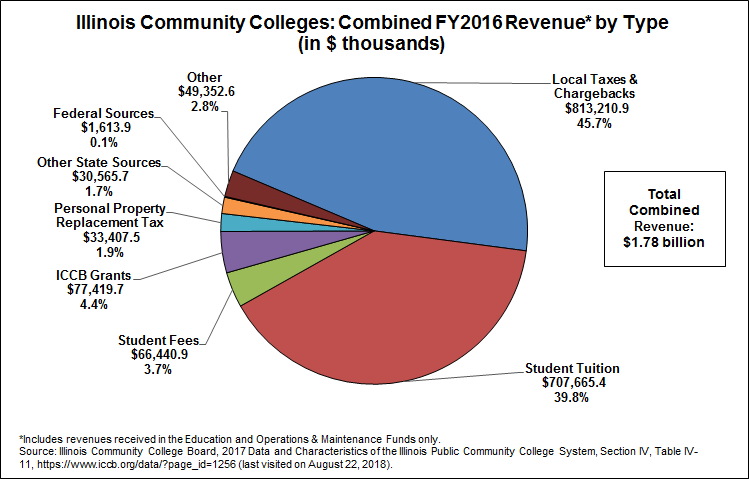 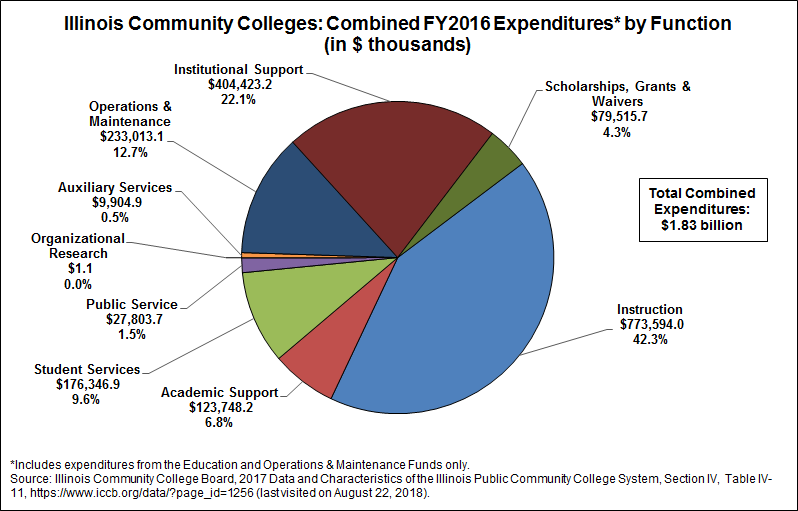 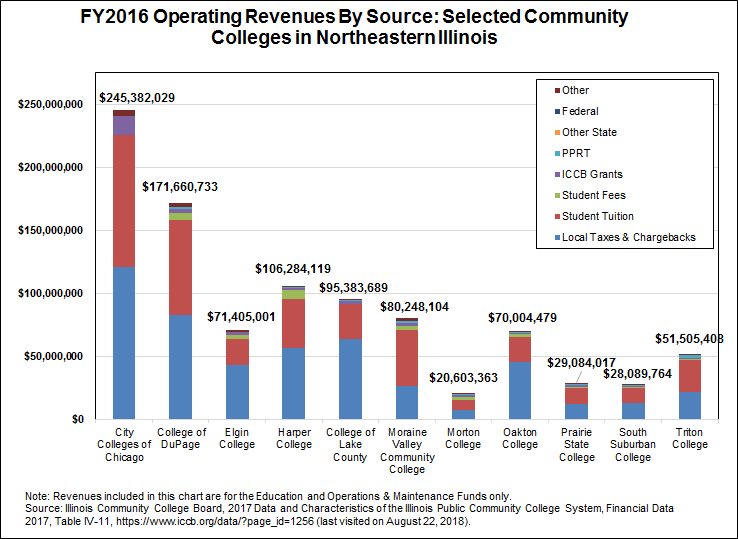 Equalization grants are intended to ensure that each district has approximately equivalent financial means, regardless of a district’s taxable property wealth. However, the equalization grant formula does not account for the Property Tax Extension Limitation Law (PTELL, also known as “tax caps”), which limits the amount that a government can increase property taxes by 5.0% or the rate of inflation, whichever is less. PTELL applies to 39 counties in Illinois. This means that all non-home rule local governments located within those counties are subject to the tax caps. For example, City Colleges of Chicago is a non-home rule local government entity in Cook County, which is subject to PTELL. Therefore City Colleges is limited in the amount it can increase its property tax levy without seeking approval of the voters through a referendum.

The equalization grant formula assumes that a greater amount of property wealth is available to tax-capped districts than can actually be taxed. Over time, this has meant that State funding for City Colleges has declined. The City Colleges equalization grant dropped from more than $16 million in FY2002 to $50,000 in FY2005 and down to $0 thereafter.

Because the current formula would have provided City Colleges with almost no revenue, the State awarded a $15.0 million alternate equalization grant to City Colleges in FY2005 to replace the $16.0 million grant the District lost. Each year between FY2006 and FY2012, the State renewed the grant for $15.0 million. Since then, the alternate equalization grant has been reduced proportionately along with other reductions in funding from the Illinois Community College Board. The Civic Federation has called for the State to restructure the community college equalization formula to recognize the economic contributions of Illinois’ largest community college and provide a reasonable annual allocation to City Colleges of Chicago.

The chart below shows the Illinois Community College Board funding allocated to all community college districts in Illinois combined between FY2008 and FY2017. The ICCB funding allocated to City Colleges of Chicago is represented in green and funding for all remaining districts is represented in blue. Historically, City Colleges’ share of ICCB funding has been close to 20%. Funding for community college districts across the board dropped significantly in FY2016 due to the Illinois State budget impasse, and was somewhat restored in FY2017. 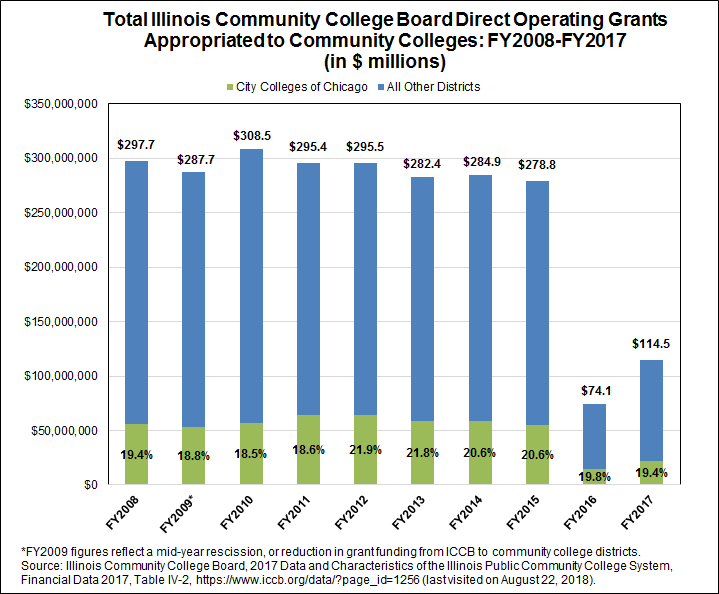 For more data on community college funding and the sources of data for each of the charts included in this blog post, see the latest financial data page of the Illinois Community College Board website.

A forthcoming Civic Federation report will provide a comprehensive inventory of all local governments in Illinois.