A capital improvement plan (CIP) is a multi-year plan that forecasts future facility, infrastructure and equipment needs as well as the appropriations earmarked to meet those needs. It also identifies financing sources and reports the impact of capital spending on the operating budget.  A CIP may be forecast for a period of time ranging from three to ten years.

The primary purpose of a CIP is to establish priorities that balance capital needs with available resources, pair capital projects with funding sources, help ensure orderly repair and maintenance of capital assets and to provide an estimate of the size and timing of future debt issuances. The first year of a CIP is the capital budget for that fiscal year and ideally, it is updated annually. Developing a CIP is an important financial accountability measure because capital projects are costly and must be paid for over a number of years.

The National Advisory Council on State and Local Budgeting (NACSLB) and the Government Finance Officers Association (GFOA) have both developed best practices in capital improvement planning.[1] In addition, the Civic Federation also has developed several recommended practices in this policy area.

The Civic Federation annually reviews the capital improvement plans of major Chicago area local governments to analyze how well they conform to key best practice principles. The review is included in the analyses of individual budgets. The fifteen items considered are grouped into three broad categories: 1) Preparation of the CIP; 2) CIP Elements; and 3) CIP Transparency and Stakeholder Participation

Preparation of the CIP

The following table shows how well each of the major Chicago area local governments scored on a 14-point checklist for their fiscal year 2014 CIPs. The question about whether the CIP was integrated in a long-term financial plan was omitted because it was unclear from reviews of respective CIPs whether any of the governments except the MWRD followed this practice. 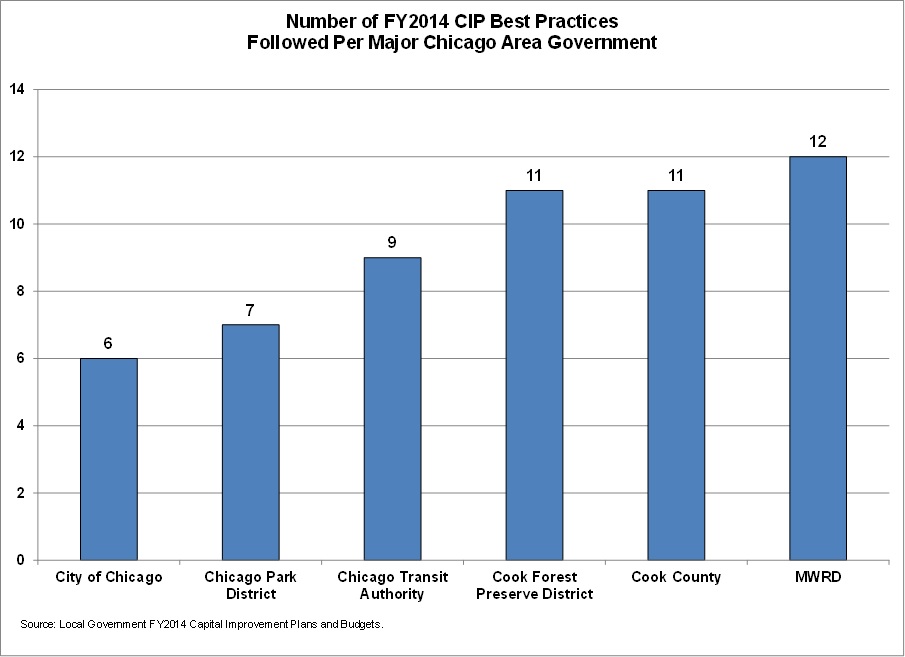 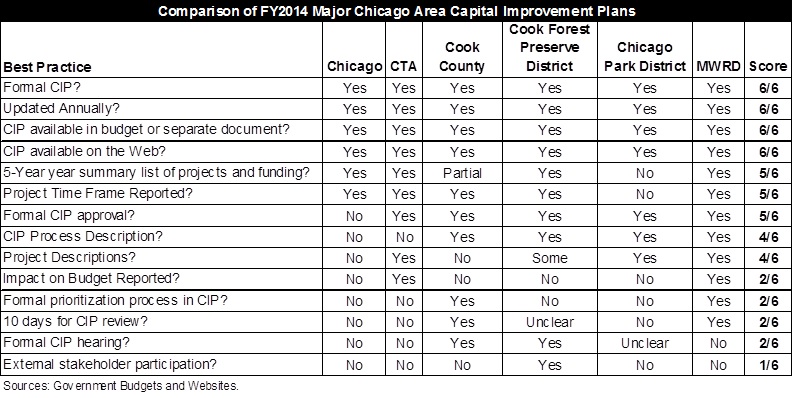