The Civic Federation is pleased to announce that Dr. Ngozi Ezike and Dr. Allison Arwady are co-recipients of the 29th Annual Motorola Solutions Foundation Excellence in Public Service Award, presented and administered by the Civic Federation.

The Excellence in Public Service Award is an annual recognition of a non-elected government official (or in this case, officials!) who has had an extraordinary impact on the quality of state or local government services in Illinois.

For only the second time in 29 years the Motorola Advisory Committee has unanimously agreed to honor two equally deserving public servants. We look forward to celebrating the distinguished careers and exemplary public service contributions of Dr. Ezike and Dr. Arwardy on Wednesday, February 10.

Click here to order commemorative face masks and support PrideMasks, a local, mission-driven business working to help address the shortage of NIOSH-certified clinical masks for healthcare workers. Partner Sponsors: please contact the Civic Federation for information about how to receive your 12 complimentary masks.

THANK YOU TO OUR PARTNER SPONSORS 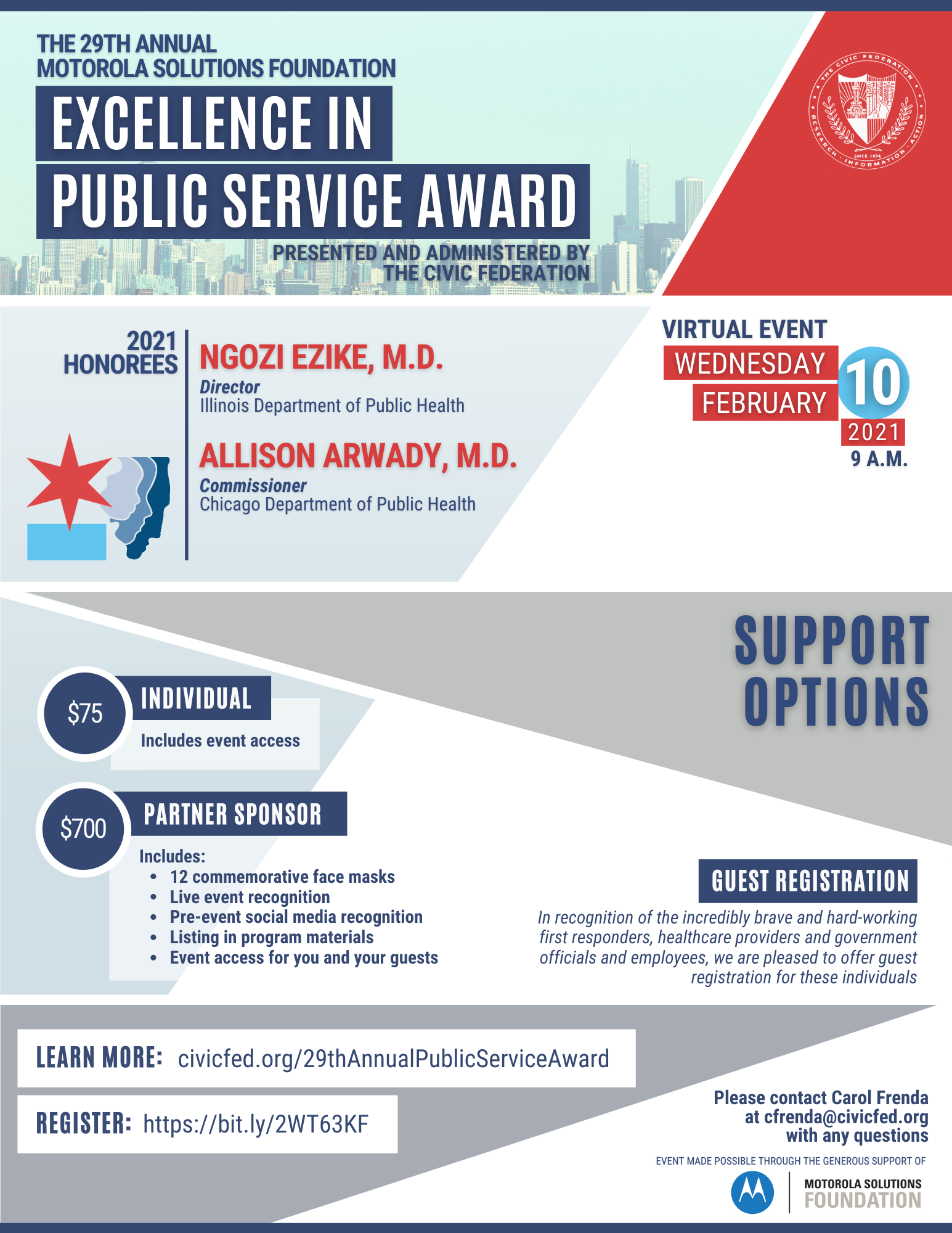