Effective property tax rates are a measure of property tax burden for homeowners and businesses. They translate the tax rates on property tax bills into rates that reflect the percentage of full market value that a property owed in taxes for a given year. This report, produced annually by the Civic Federation, estimates the tax year 2016 (taxes payable in 2017) effective rates for Chicago and 28 other selected municipalities in northeastern Illinois. Of the communities, 12 are in Cook County (including Chicago) and 19 are in the collar counties. There are three municipalities included in the study that are located in two counties: Elgin overlaps Cook and Kane Counties, Elk Grove Village overlaps Cook and DuPage Counties and Naperville overlaps DuPage and Will Counties.[1]

In Cook County, all but four communities– Chicago Heights, Orland Park, Arlington Heights and Elgin – experienced an effective property tax rate increase on residential property in tax year 2016 compared to the previous year. The City of Harvey’s residential effective property tax rate remained flat over the two-year period examined. Commercial property in Cook County experienced a decline across all 12 of the selected communities between tax year 2015 and 2016. Industrial property in the Cook County municipalities for which data were available also declined, with the exception of Evanston and Elk Grove Village, which increased over the two-year period.

There were not enough sales of industrial property in two of Cook County’s three assessment triads[2] in tax year 2016 for the Illinois Department of Revenue to conduct a statistical analysis of assessment to sales ratios. As a result, the Civic Federation was only able to calculate the 2016 estimated effective tax rates for Cook County industrial properties in the North Triad, and not the Chicago and South Triads (see Methodology). The Illinois Department of Revenue has not been able to calculate a median level of assessment for industrial properties in the south and southwest suburbs of Cook County since 2009.

In the collar counties, the effective property tax rate for all property decreased across all of the selected communities between tax year 2015 and 2016, with the exception of the City of Lake Forest, which increased 0.9% over the two-year period.

In the ten-year period between tax years 2007 and 2016, the effective tax rates increased in all of the selected communities including in Chicago, Cook County and the collar counties. 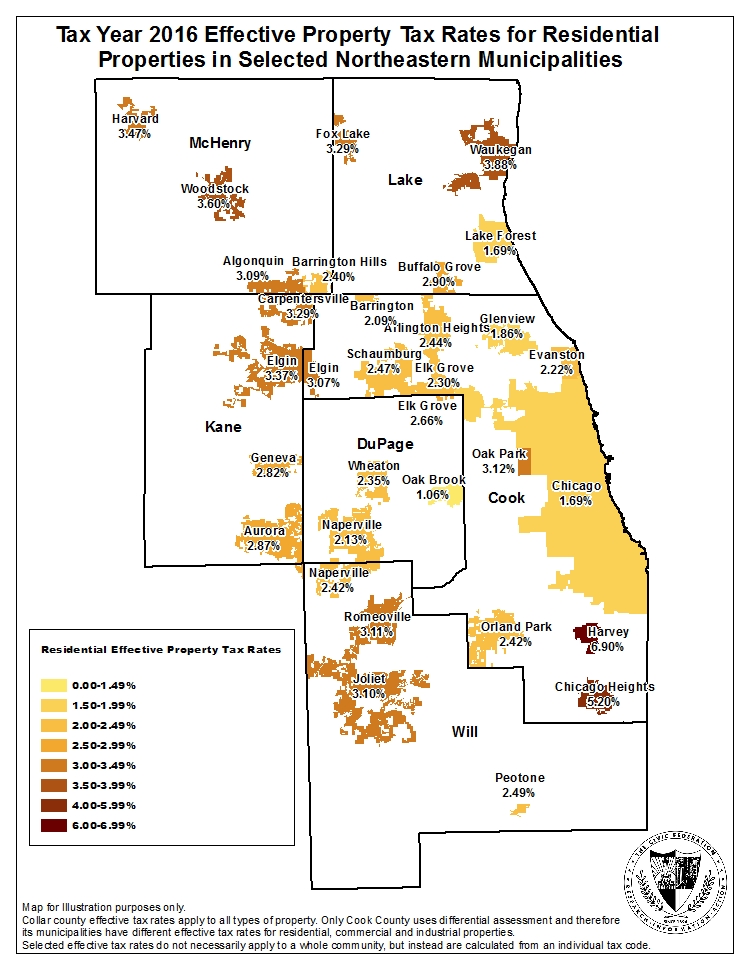 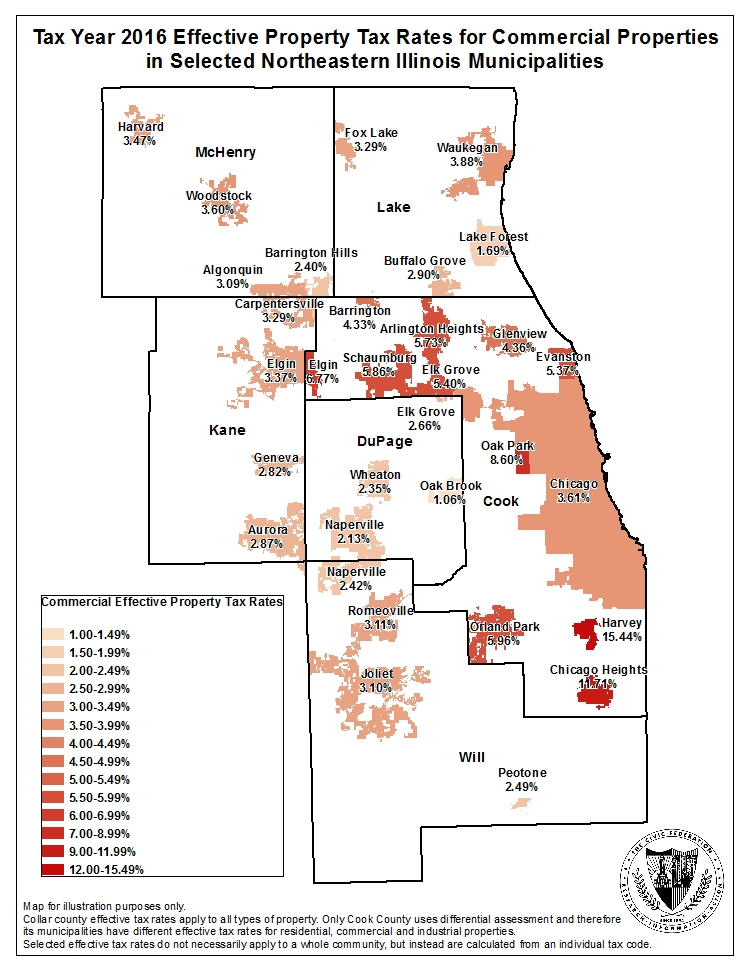 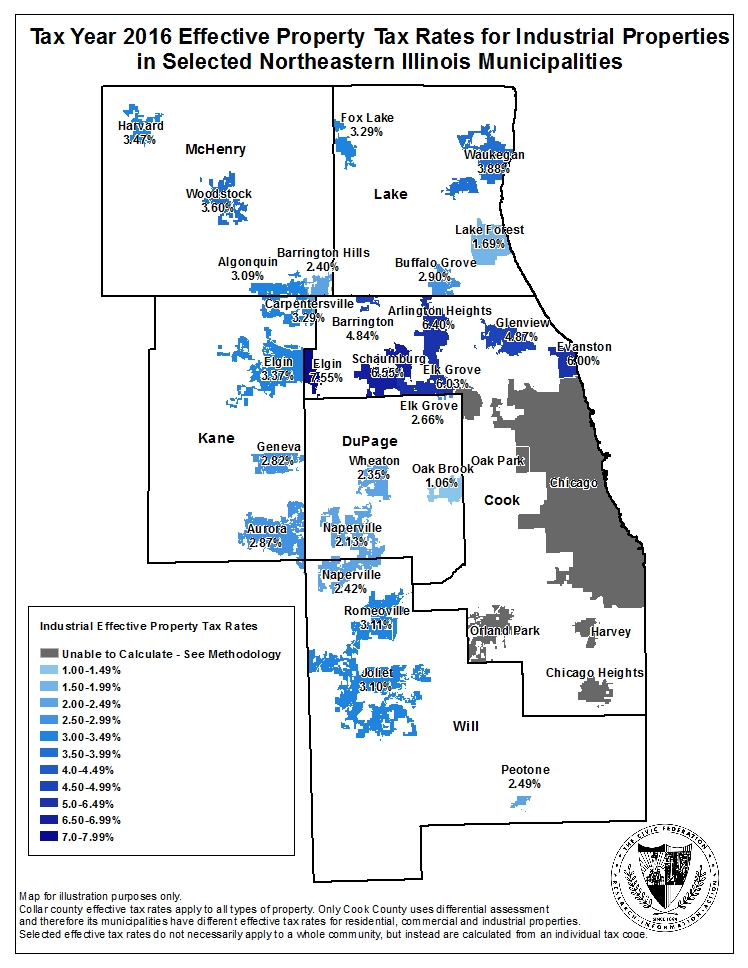 [2] Cook County is divided into three districts (or “triads”) for the purpose of property assessment: City of Chicago, north/northwest suburbs and south/southwest suburbs.

[3] In this report, “residential” refers to Class 2 properties, which are single family homes, condominiums, cooperatives, and apartment buildings of up to six units. Larger apartment buildings (Class 3) are not included for the purposes of this report. As discussed later in the report, the estimated residential rate is without homeowner exemptions, which would lower the rate.