On Tuesday, Nov. 29, 2022, the Civic Federation hosted its 128th Annual Meeting. The Federation was honored to welcome now-retired Illinois Supreme Court Justice Anne M. Burke as special guest speaker for the event. Justice Burke addressed several topics of interest to the Civic Federation, including how the Illinois Supreme Court is supporting implementation of the SAFE-T Act through a new statewide pretrial services program, judicial redistricting, and the need for a statewide public defender program, as many counties lack a full-time public defender. We thank Justice Burke for her remarks, attendance and overall contributions to the State of Illinois justice system.

Board of Directors Chair Donovan Pepper in his remarks provided members with an overview of the Civic Federation’s 2022 activities and successes. Treasurer Charles R. Gardner gave the Treasurer’s report on the organization’s FY2023 budget and financial condition, which was approved, and Research Committee Chair Daniel Lynch reported on the FY2023 research work plan, which the Board also approved. In addition, past Civic Federation Chair and 2022 Nominating Committee Chair Scott Saef presented the recommended slate of officers, including incoming Treasurer Elizabeth Coolidge, Executive Committee, Board of Directors, Past Chair’s Council, Trustees and Council of Advocates. All were approved and the Federation extends congratulations to the new and re-elected members. A complete and updated listing of our members is available here.

Concluding the event, Civic Federation President Laurence Msall discussed current and upcoming projects and priorities for the Federation, including the organization’s growing focus on public safety as an area of concern and its recommendations for the City of Chicago regarding its public safety strategy, which were provided to the Mayor in a memo in September 2022. Msall also thanked all of the Civic Federation staff for their work. Of special note are the well-deserved promotions of two Civic Federation staff members: Lauracyn Duncan, who was promoted to Vice President, Finance and Administration, this year, and Annie McGowan, who was promoted to Deputy Director of Research. Their full biographies are available here.

Event photos can be found in the slideshow below. 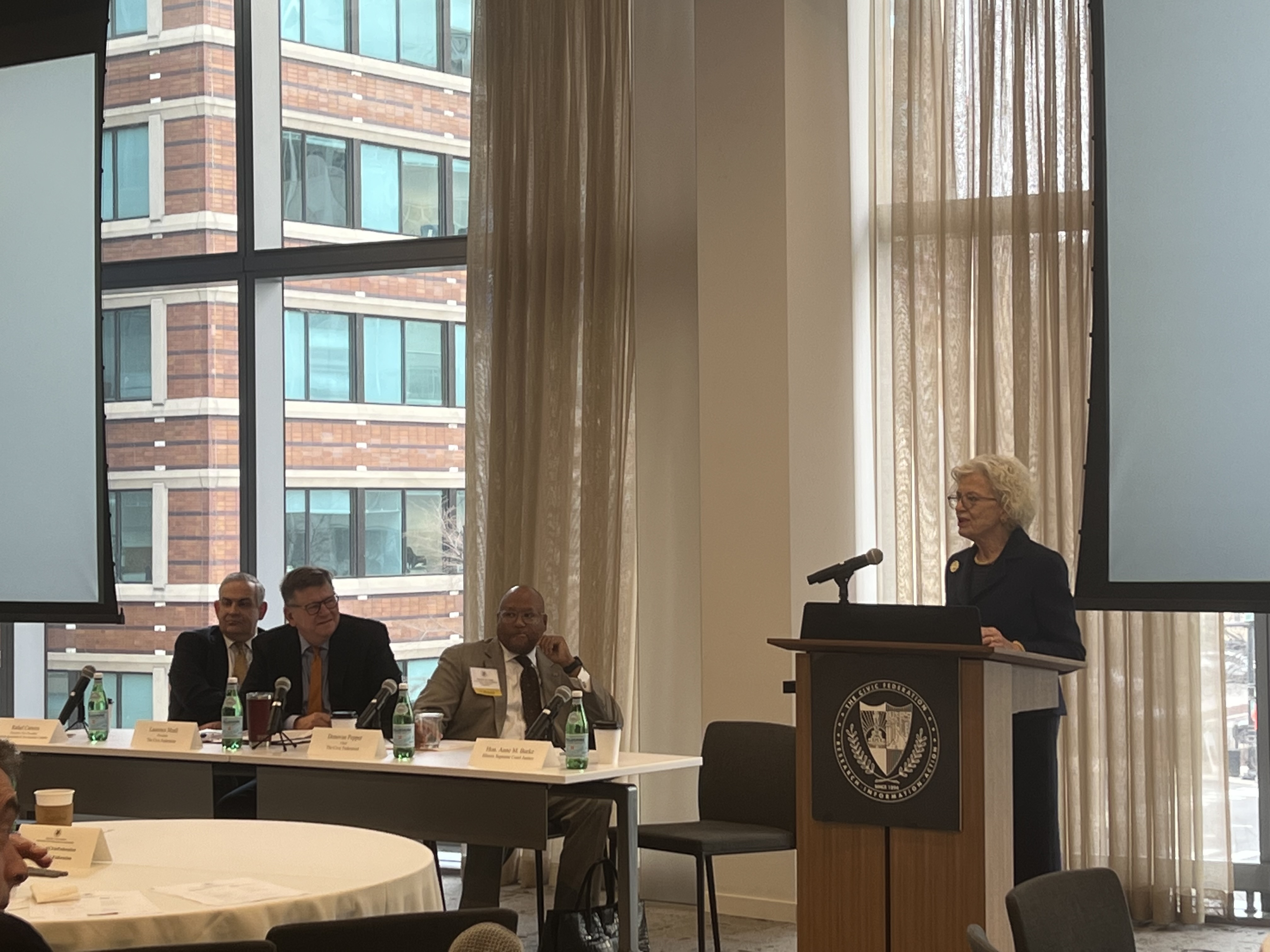 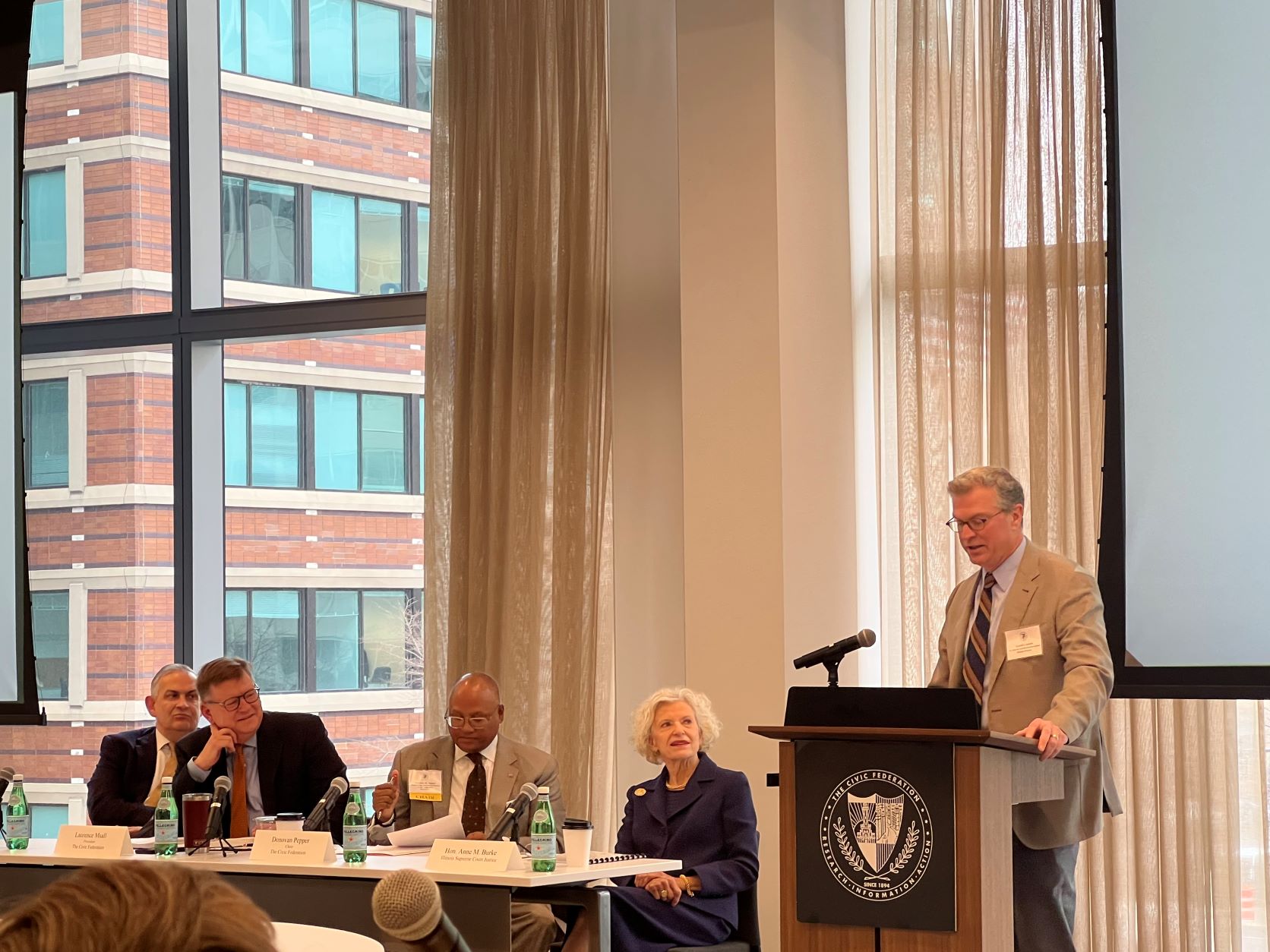 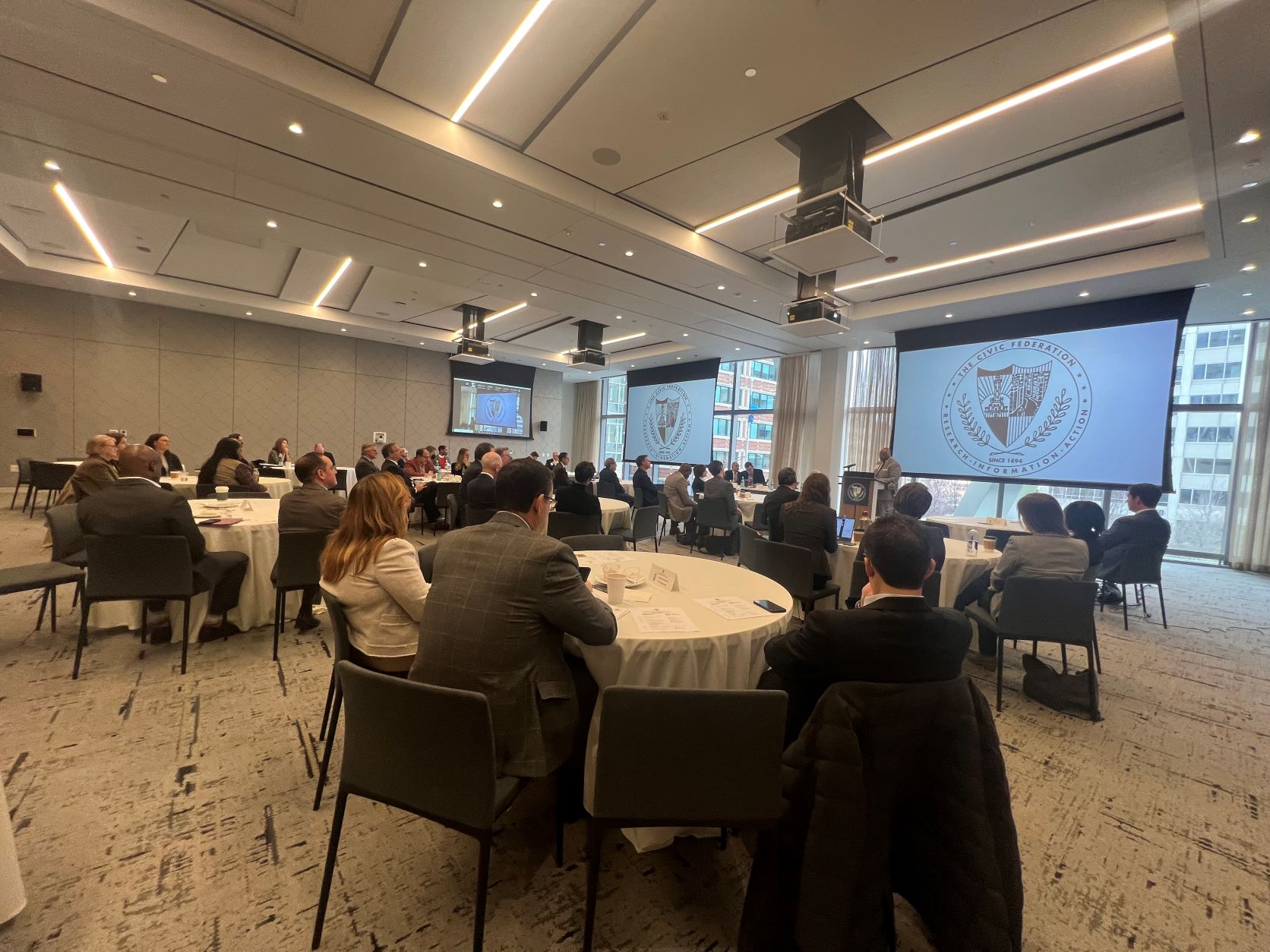 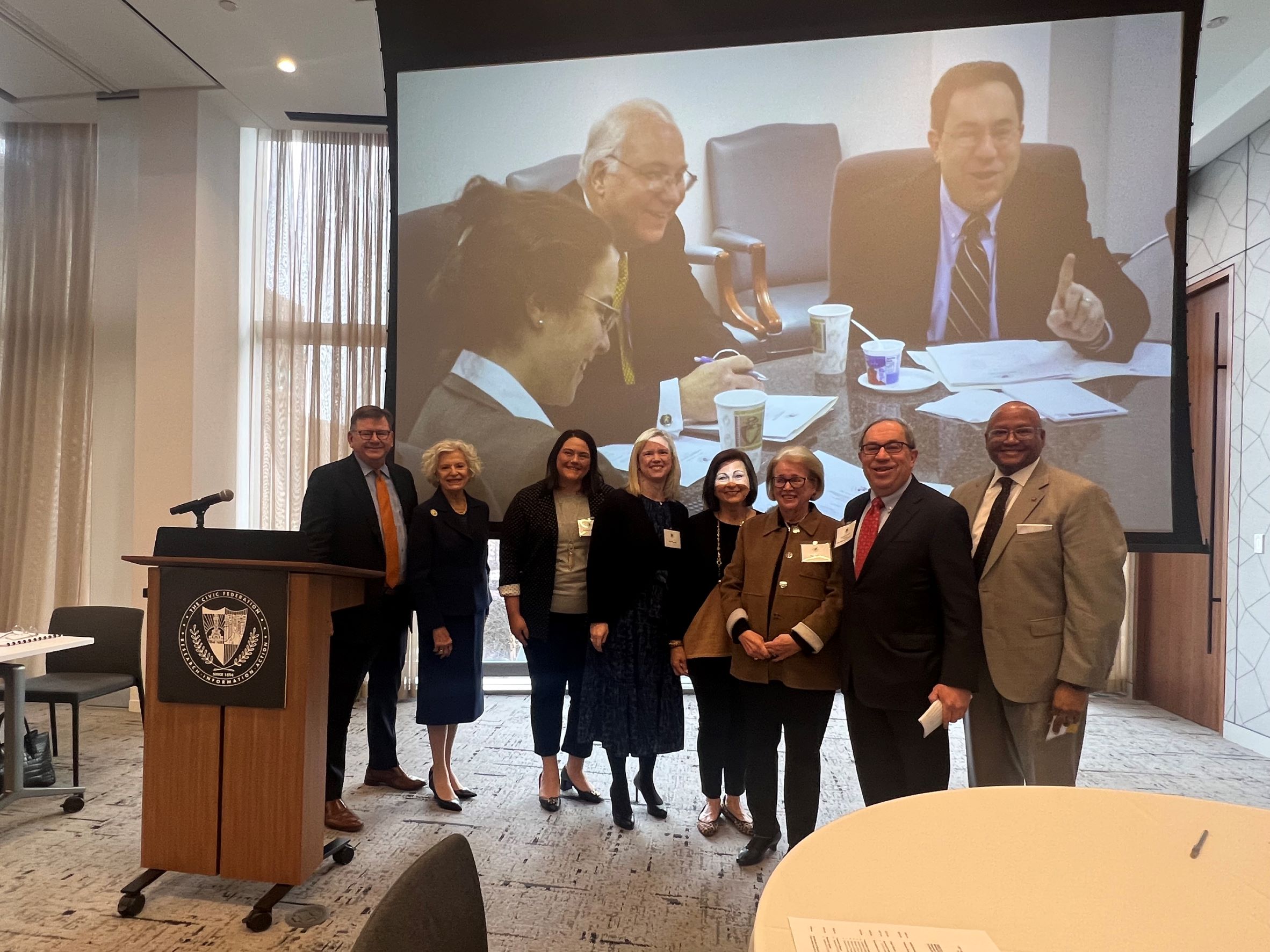 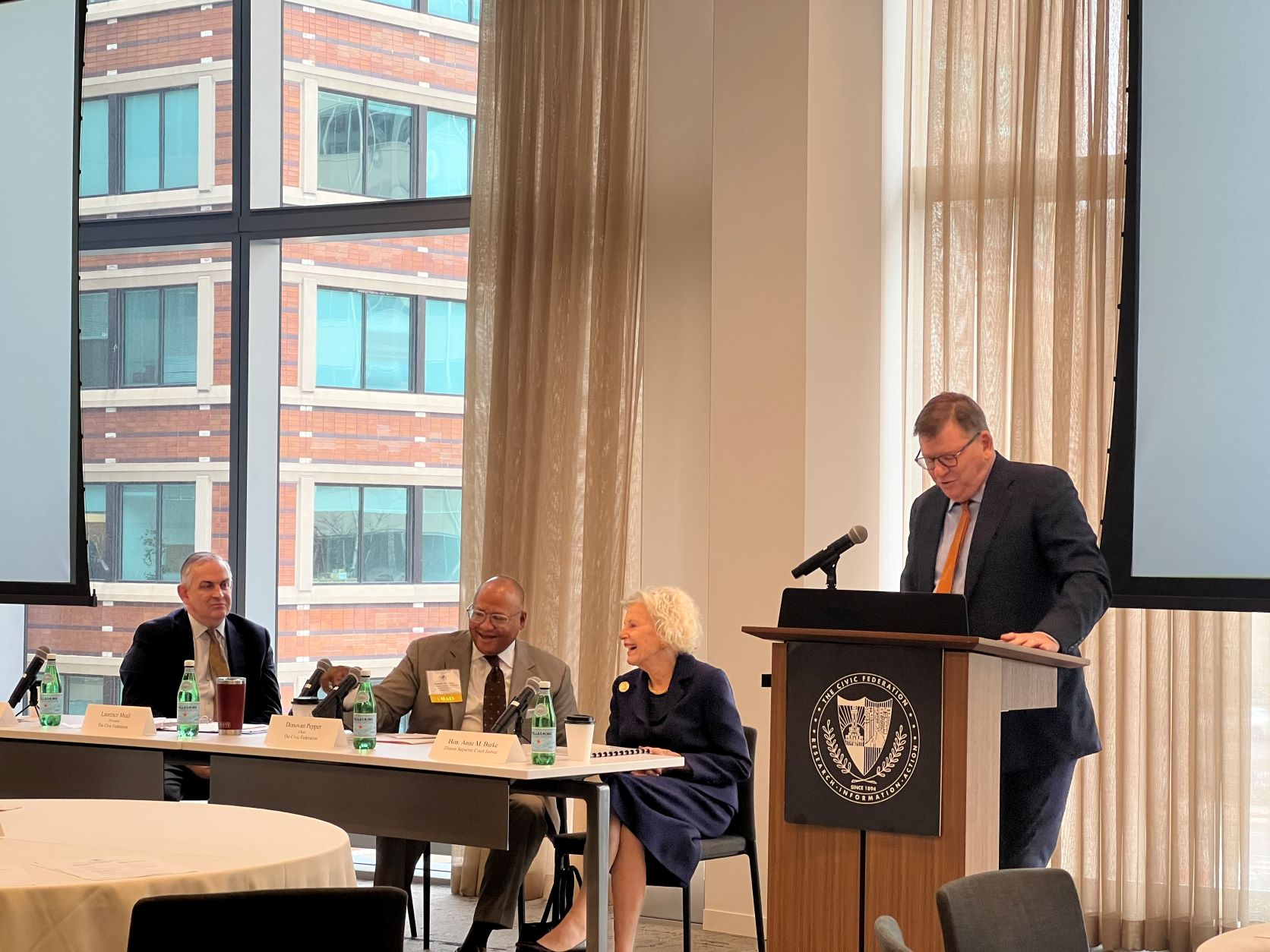 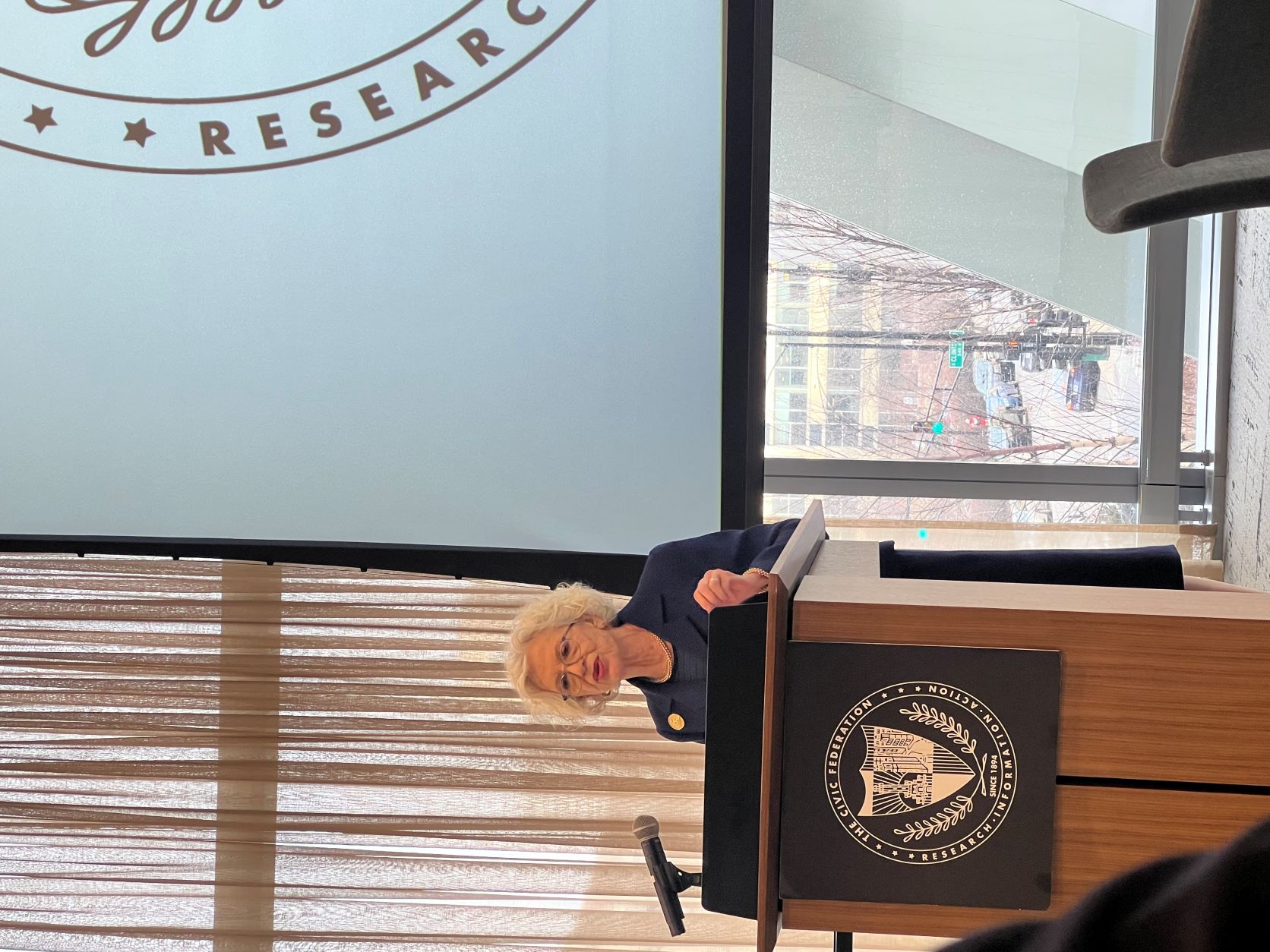